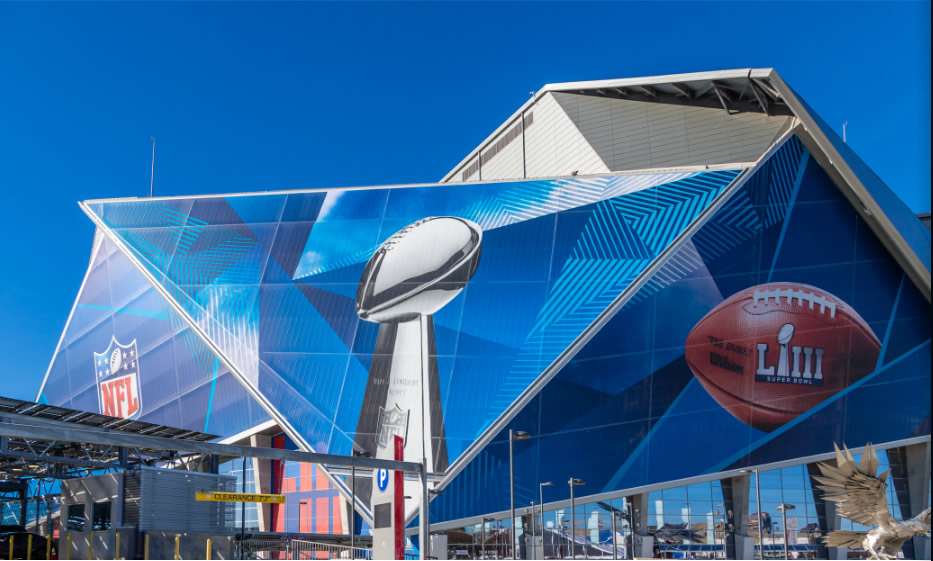 Security specialist and CEO of Stone Security Service, David Stone, offers some precautionary safety and security tips for anyone attending a packed football stadium for the Super Bowl, or the “Big Game” As all Local Law Enforcement and Federal Law Enforcement agencies, DHS all prepare for one of the worlds most viewed Sports event, be prepared to see an additional amount of officers with an extensive arsenal of weapons: There will be also many layers of security in place that you will not see. Allow yourself extra time to arrive and please be patient as admission lines may be longer than usual, but it’s all for your safety. Stone Security Service is providing a team of Executive Protection Agents for corporate CEO’s, and VIPS. The Stone Security Bodyguard unit will be assigned to celebrities and blend in with the crowd. The Stone Security Event Security Team will be assigned to all before and after private special events. On Super Bowl Sunday, four things come to mind: Family, Friends, Food, and Football. While most of us will spend our day watching from the safety and comfort of our living rooms, many will pack themselves into a huddled mass within the loud concrete confines of stadiums across America. Others will be inside packed pubs or lounges. Though many stadiums are a bit more safer now, due to technology and enhanced security measures. Impassioned (and often inebriated) crowds — packed tight into a stadium’s 80,000 seats — can still lead to danger and trouble. Consequently, it is important for fans to be active participants in their own safety. Here are some ways to stay safe inside a packed stadium: 1. Prior to Kickoff: Advance Your Location The day before the big game, take a couple minutes to study the Stadium online. Read about the stadium’s security and safety measures and general layout of the exits and emergency services nearest to your seats. Additionally, many stadiums offer a mobile cell phone app which I recommend. (The app provides up‐to‐the‐minute notifications regarding stadium safety, security, and weather.) Furthermore, to facilitate a faster emergency departure, I recommend purchasing seats closer to the aisle and your section’s exit. On game day, I recommend arriving to the Stadium early and buying a program, which offers additional information about the stadium’s seating and services. Similar to an airport, where I like to get “eyes on” my departure gate before searching for bathrooms and coffee shops, I recommend getting “eyes on” your stadium seats before kickoff. Once you’ve found your seats, I recommend taking a quick walk around your section of the stadium with your family and/or friends. Identify at least two evacuation routes, stadium rally points, and the closest emergency first aid station. Additionally, advise your friends and family that surveillance cameras do not exist in restrooms, where inebriated fans will often visit throughout the game. As a result, I recommend entering the bathroom in pairs and maintaining situational awareness throughout your time there.

2. During the Game: Detect -Pre-Incident Indicators” (or PINS). PINS “are those detectable factors that occur before the outcome being predicted,” Violence is not spontaneous or “out of the blue.” Instead, violence is preceded by behaviors that often illuminate an aggressor’s intentions. This Pathway to Violence begins with a perceived grievance, followed by motivations, planning, and ultimately, the act of violence itself. Here is a hypothetical example based on my security experiences: Think about every fight you have ever seen. Certain aggressive behaviors precede violence. The Giants fan’s hard stare and verbal insults towards the Jets fan are indeed PINS; he’s alerting the Jets fan of his intentions. When attending a packed football game (or any sporting event), I recommend maintaining a comfortable awareness of your immediate surroundings during downtimes (e.g. timeouts or between plays) on the field. Doing so will enhance your intuition – i.e. your ability to notice PINs early‐on and before violence strikes. If you notice someone on their Pathway to Violence, Notify stadium security immediately. At Gillette Stadium in New England, for example, fans can text stadium security directly notifying the stadium’s Security Command Center in real time. Also, be sure to give them your seat number, so they can immediately focus their cameras on your location. By identifying a fan (or fans) demonstrating “unruly or disruptive behavior” (i.e. PINS) early‐on, stadium security and law enforcement will have more time to respond before someone gets hurt. 3. After the Game: Watch your Step When the clock runs out and it’s time to leave, 3‐plus hours of eating and drinking are evident everywhere you step. Make sure you are not responsible for driving yourself or friends and family home: Consequently, a slip and fall due to mustard‐slick steps or exit ramps coated with spilled beer are obvious safety hazards. If you’re attending a game in colder regions, snow, slush, and ice are additional hazards to navigate and look out for. As a result, I recommend wearing appropriate clothing and footwear to mitigate these hazards and make it to your parked car safely and without incident. Stone Security Service is providing a team of Executive Protection Agents for corporate CEO’s, and VIPS. The Stone Security Bodyguard unit will be assigned to celebrities and blend in with the crowd.
Translate »
Stone Security Services
Call Now Button